In my humble opinion: If I keep posting this someone will eventually deal with my complaint, won’t they?
You can’t even shame them in to action. They get so much negative feedback that they just ignore it, like water off a duck’s back !!
I returned some faulty golf shoes and socks to Sports Direct.
They wouldn’t replace them. They said they were out of stock although they’re still showing on their website. I presume that it is because the shoes have increased in price since I bought them.
They replaced the part that was paid by a gift voucher with another voucher..
They haven’t refunded the balance, which was paid with a Credit Card that I no longer use.
They completely ignore repeated emails about the balance due to me.
I wouldn’t deal with them again, you can decide for yourselves! 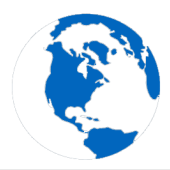 24 hour Fitness is the best